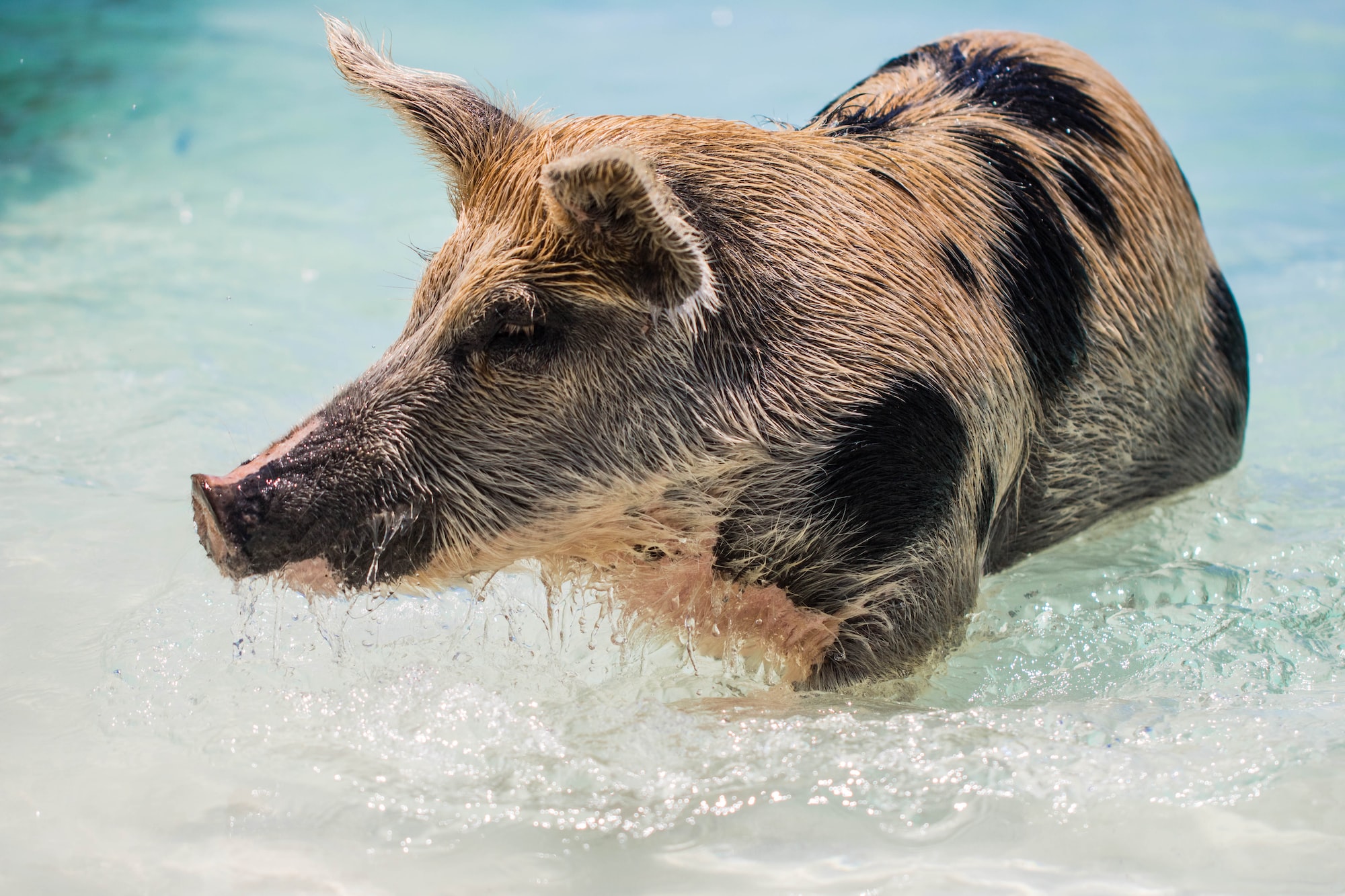 The story of the way the Piggies like to swim

Heavenly place in the Bahamas belongs to pigs.

We don't know when the pigs first appeared in the Bahamas. There are rumours that they escaped from some sinking ship, while others claim to have been released to the island by pirates.

One way or another, people go to the Bahamas not only to plunge into crystal clear water and laze on white beaches, but also to see wild pigs floating here

So, this is Exuma, an area of the Bahamas, which includes more than 360 islands.

Heavenly place in the Bahamas belongs to pigs. It is not a normal place, but a place where you can swim, which attracts many tourists.

According to one legend, these pigs were brought to the island by pirates, who left the animals as a strategic food reserve for the future. But the pirate future did not happen in the Bahamas, but pigs stayed here and became full owners of the local beauties.

According to another legend, there was once a shipwreck in the area, and the only people who survived were pigs. Once they reached the shores of a desert island, they established a colony.

The Bagam pig was world-famous in 2009 for its underwater photographer Eric Cheng, who shot sharks in the area.

Swimming in the ocean with pigs in the Bahamas has become even more popular among tourists than the traditional dolphin voyage in the region.

Piggies are very friendly and not afraid of people at all.

Family stories and how to video with ropes

The first conversation between Zelensky and Putin December 2019

The first canabis cafe in Ukraine

Who are the Lord and Son and Holy Spirit?

Chanting - sounds and vibrations for a healthy spine

Court hearing on the murder of journalist Pavel Sheremet in Ukraine

Stay up to date! Get all the latest & greatest posts delivered straight to your inbox

Family stories and how to video with ropes

Who are the Lord and Son and Holy Spirit?